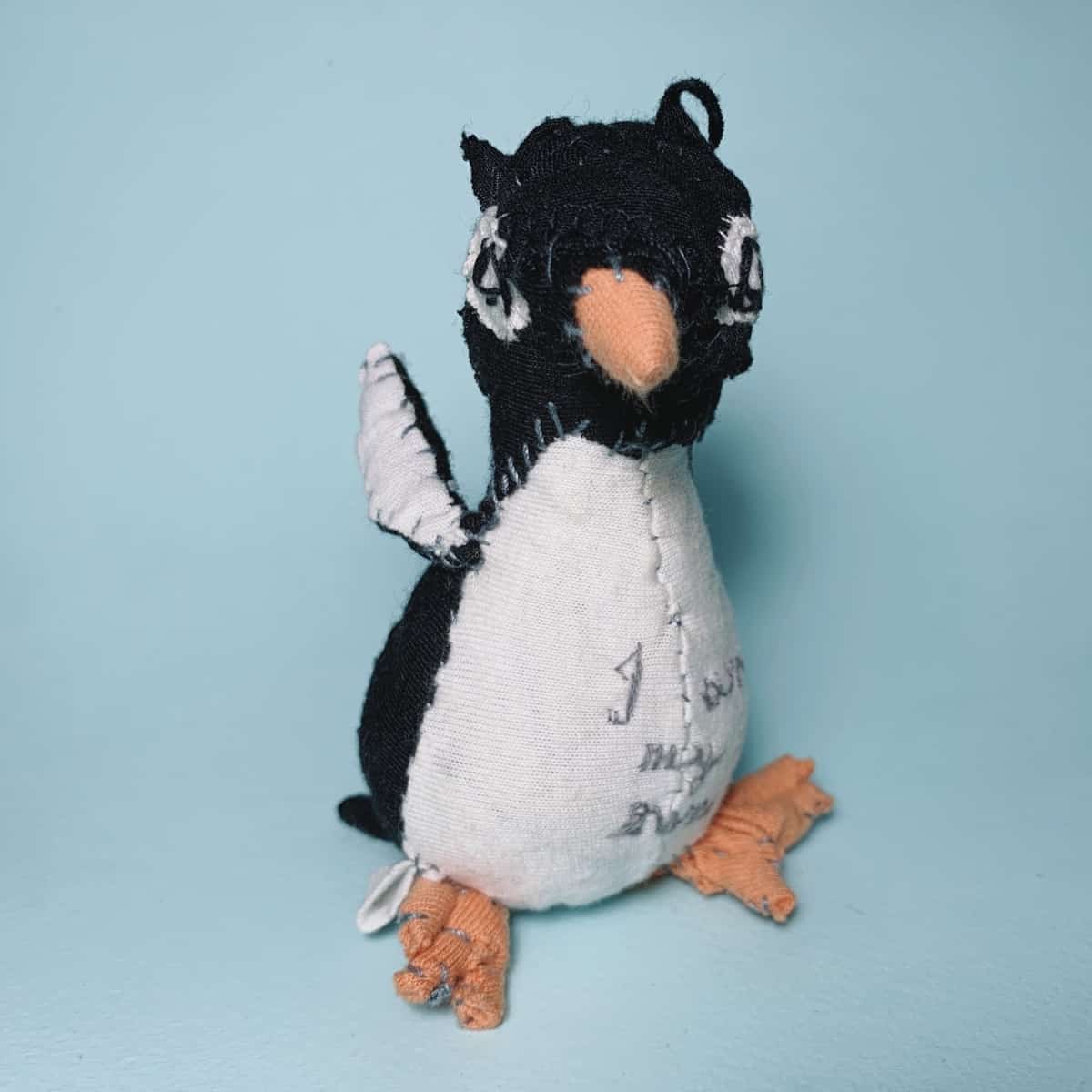 The head was too big to be an adelie penguin.

The head has been added to and taken away so many times, it is now covered in visible stitches.

Penguin will not be told who he is or isn’t. He doesn’t believe he is destined a flightless bird.

He has fallen on his head numerous times trying, each time adding a stitch to the head of stubbornness, and then getting up again.

He says—I am my own, embroidered on his belly.

I call him Jerry.